The Feast of our Little Dads ♡

So many events on June 17th! But by the way, since when has Father's Day been around?

The contemporary idea of ​​adding a Father's Day to that of the Mothers comes to us in 1910 from the United States. Father's Day is then institutionalized as a secular feast and fixed for the 3rd Sunday in June.

In France, on the other hand, its appearance is linked to a purely commercial event.
It is indeed the Breton manufacturer of Flaminaire lighters which in 1949, history of boosting its sales in June, a slack period, decides to launch on the US model, a "special Papas" day and asks its tobacconists to 'display the slogan: " Our dads told us, for Father's Day, they all want a Flaminaire! "
Successful wink which made people smile at the time but which would of course be completely unthinkable today!
The commercial origin of this festival has made the State grumble, which ends up making it official in 1952 by a decree which retains the rule of the 3rd Sunday in June.

And you, how will you celebrate your Dad on June 17th?

At Les Petits Prödiges, we suggest you spoil them with our pretty Father's Day box composed of a Large Odorless Balm and a Herbal Tea " The Prodigy "from Herbal Drinkers.

~ He'll love our balm to moisturize his dry skin every day, as an aftershave or to nourish his beard.

~ He will be crazy about his herbal tea for men only * which stimulates concentration, reduces stress and allows you to enter a "performance" mode . Let customers speak for us

This balm, which came in the latest Blissim box (Germany), was the most exciting product I have ever tried. It's so unbelievably good that I really hope it gets into the shops in Germany. My skin is very sensitive and prone to eczema - this balm helped immediately. It's like a miracle. Thank you for creating this product. And yes, the scent is not the best - but it's all natural, so who cares? You won't smell it after a few seconds. 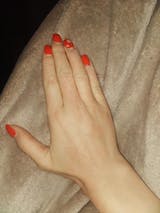