Behind Les Petits Prödiges are two young women who want to change our daily beauty routine. How? 'Or' What ? By offering 100% natural and "made in France" products. After the release of a balm at the end of 2017, their new deodorant could well revolutionize our relationship with hygiene! Meeting with Clémentine Granet, one of the co-founders.

Camille Brégeaut and Clémentine Granet are above all two friends who have known each other for ten years. They met at 18 on the benches of the IESEG School of Management in Paris. After working for two years in two large cosmetics groups, it became obvious to them. We use too many products on a daily basis for our beauty routine. For the most part, they are also harmful but also expensive! A shame.

Little by little, an idea begins to germinate and finally fully blossom in January 2017. Create a product with only seven natural products. But before you start, you still need to surround yourself with THE right person to create this famous "little prodigy". Camille and Clémentine end up meeting a chemist in a small laboratory in the south of France. They are launching a multi-purpose balm with organic olive oil, beeswax, sweet almond oil, arnica and royal jelly, at the end of 2017.

This cosmetic product can be used as a treatment for the face, for the body, for the hands, for the lips, for the ends of the hair, to remove make-up, as an after-shave balm but also for massages. The balm is also 100% cruelty free (that is, it is not tested on animals). And it does not contain parabens, preservatives, sulphate or alcohol. 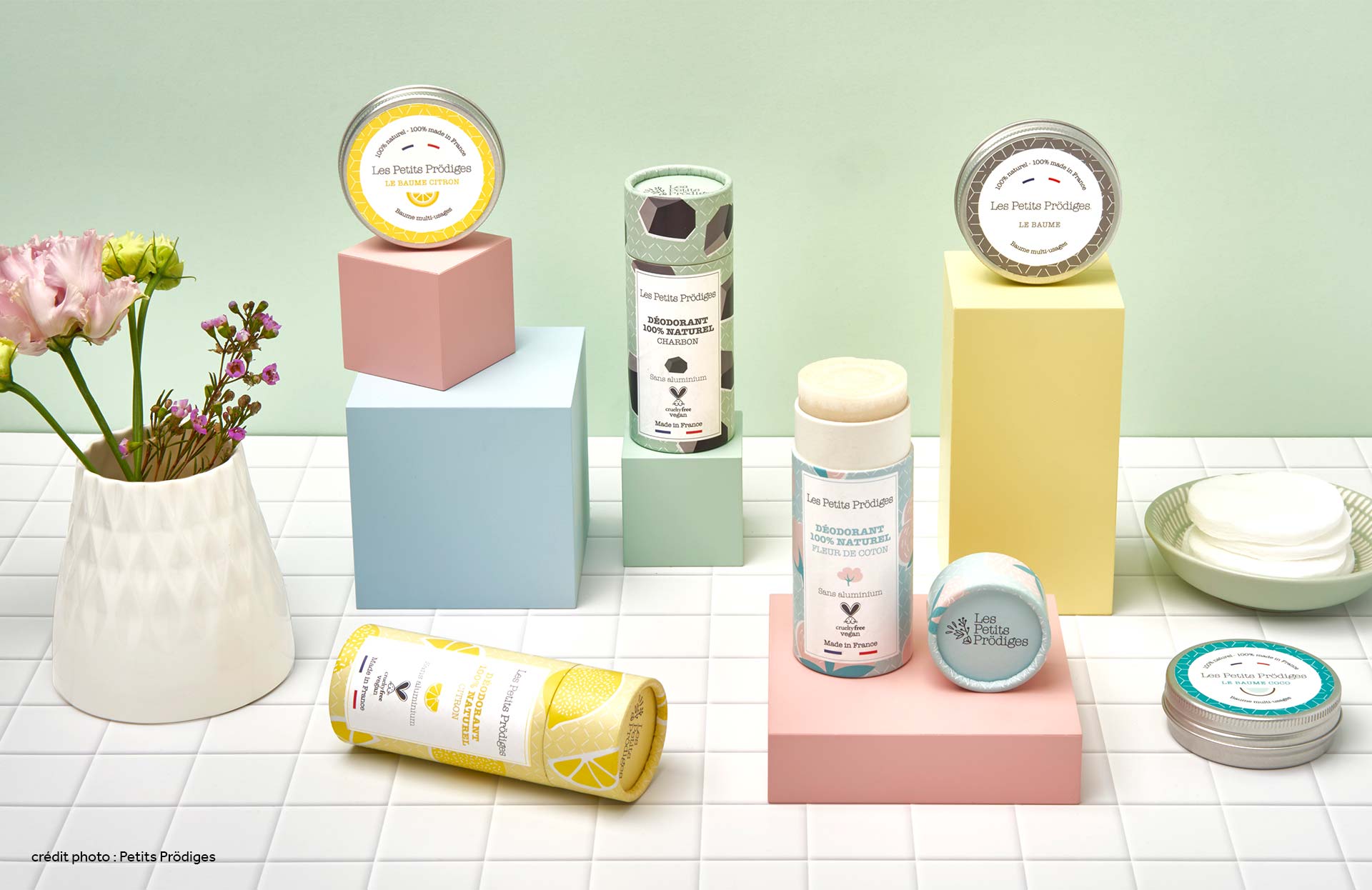 The "green, sexy and accessible" startup is not stopping there. It has just launched the first deodorant in tube "made in France", vegan, cruelty free and eco-friendly. The packaging is in biodegradable cardboard.

The deodorant is available for pre-sale in preview on the crowdfunding platform Ulule , where the two young women launched themselves two years ago, then reaching 400% of their target. This new project, also exceeded all their expectations, since 100% of the goal they set was achieved in a few hours. One hundred presales were made in two days and 1,600 in just one week!

Is it difficult to get started?

For Clémentine, " the hardest part was leaving our respective jobs, which were very good positions, with a good salary, to embark on a multifaceted adventure ". While the worry is there, the enthusiasm is also palpable. “ It may seem strange but being both very young (26 years old when we started), our professional experiences had certainly allowed us to make some decisions, but not strategic decisions. 'which the box would depend on. It was a little scary at first, to not be able to rely on someone anymore, to be solely responsible for our actions, but in the end it's super exciting and challenging ".

If the young girl had any advice for those who want to get started, it is to do it " as soon as possible, even if everything is not 100% ready. The longer you wait, the greater the risk that a person will launch the same idea faster. It's a race! And then there is no better test than to expose your project to the light of day.This is how we progress, how we adapt and readjust what is wrong "

Being well surrounded, the key to success

The two young women had the opportunity to be supported by the Elles by Contrex program through the Ulule campaign. It supports women with a professional or personal project so that they dare to get started.

As Clémentine explains, " Ulule is a great platform to test your project or product. Members are keen to listen and want to know who is behind the project, beyond the product itself. This helped us a lot when we started, at the end of 2017, first of all to see the general enthusiasm for the project, but also to build up a first database of loyal customers who are very prescribers ”.

“ Elles by Contrex also supported us during our first campaign by putting 1 euro for each euro contributed to the pot (within the limit of 2,500 euros in total), which allowed us to reach 100% of the fundraising goal in one day ”, explains the co-founder.

One year after the launch of the Petits Prödiges , the two friends are profitable and incubated by L’Oréal at the renowned Station F.

The key word for this year 2019? " Speed ​​up "! Now that they are sure that the concept is taking hold and that people are receptive, they want to " scale up by developing more products ". Shampoo, shower gel / soap and toothpaste are already in the pipeline. “ The ultimate objective is to convert people who are not already 'bio-addict' to natural cosmetics, by offering them articles that do not call into question the pleasure and sensoriality of the beauty routine ».

The second objective is to open up to export By exhibiting from March 14 to 18 at the next Cosmoprof, the world's largest cosmetics fair, in Bologna. " The opportunity for us to meet foreign buyers and distributors and see how the brand is perceived. "